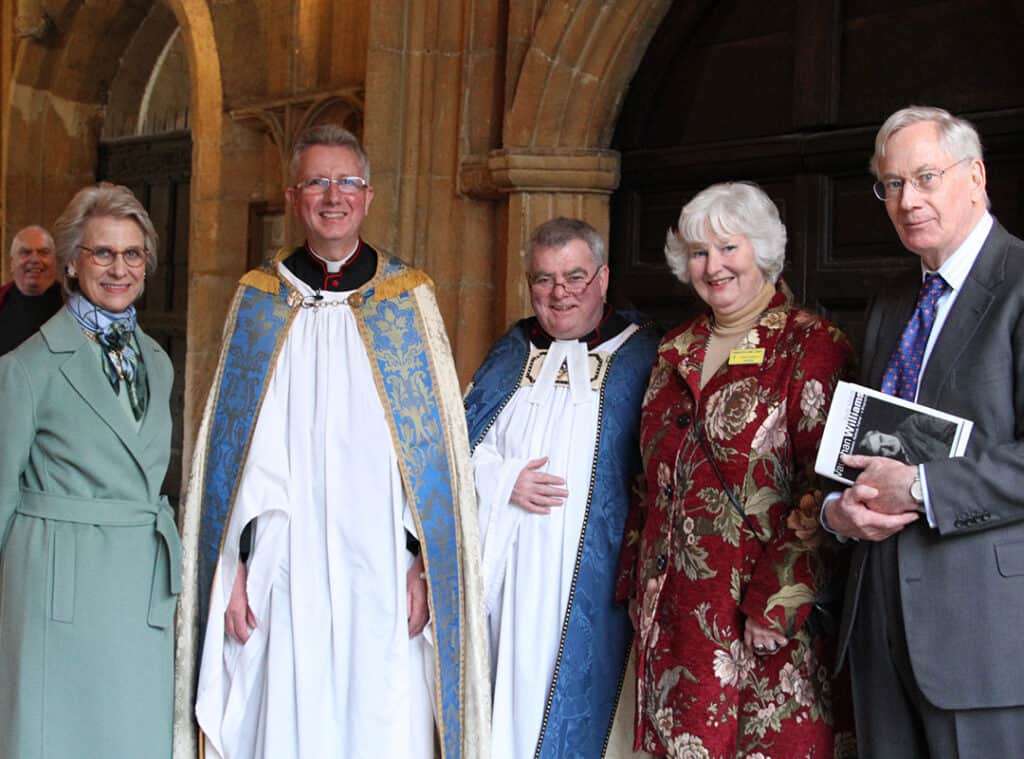 The Duke and Dutchess of Gloucester joined over 350 people gathered at Cirencester Parish Church  on Sunday for a special service of Choral Evensong to mark Accession Day.

The service was also to launch events to be held in 2022 in the village of Down Ampney, which is celebrating the 150th anniversary of the birth of the British composer Ralph Vaughan Williams, who was born in the vicarage.  The Duke and Duchess of Gloucester have graciously consented to be Royal Patrons of the Down Ampney RVW 150th Anniversary Celebrations.

Queen’s Chaplain – The Reverend John Witheridge - preached at the service.  He was Headmaster at Charterhouse, where Vaughan Williams had earlier been at school.  In his sermon, John referenced the links between Her Majesty and Vaughan Williams.  He reflected on the Queen’s deep personal faith and, as a former headmaster, lamented that, as a youth at Charterhouse, Vaughan Williams declared himself an atheist!  He observed how they both served the Church of England faithfully during their lives.  It was noted how much of Vaughan Williams’ music had been performed at royal events, including the Queen’s Coronation.  On his death, the Queen had given permission for Vaughan Williams’ remains to be interred at Westminster Abbey, a royal chapel, next to Purcell.

At the end of the service, after singing of the National Anthem, the congregation gave three cheers for Her Majesty, the Queen.

Canon John Swanton, Vicar of Down Ampney, who led the service said, “We would have loved to have had this service at All Saints’ Church, Down Ampney, but we realised that we would have a large congregation for this special service and could not accommodate everyone in Down Ampney Church.  We are very grateful to the Vicar and Churchwardens of Cirencester for allowing us to use the town church nearby.”

Photo: John Lawrence (Verger) in the background; The Duchess of Gloucester; Canon John Swanton, Vicar of Down Ampney; Canon Graham Morris, Vicar of Cirencester; Aileen Anderson, Churchwarden; and The Duke of Gloucester. 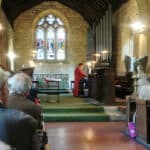 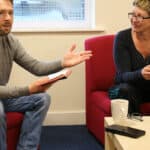 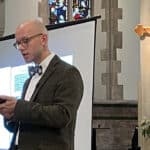 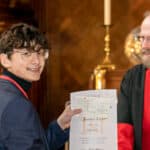 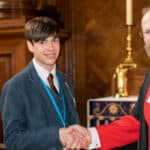